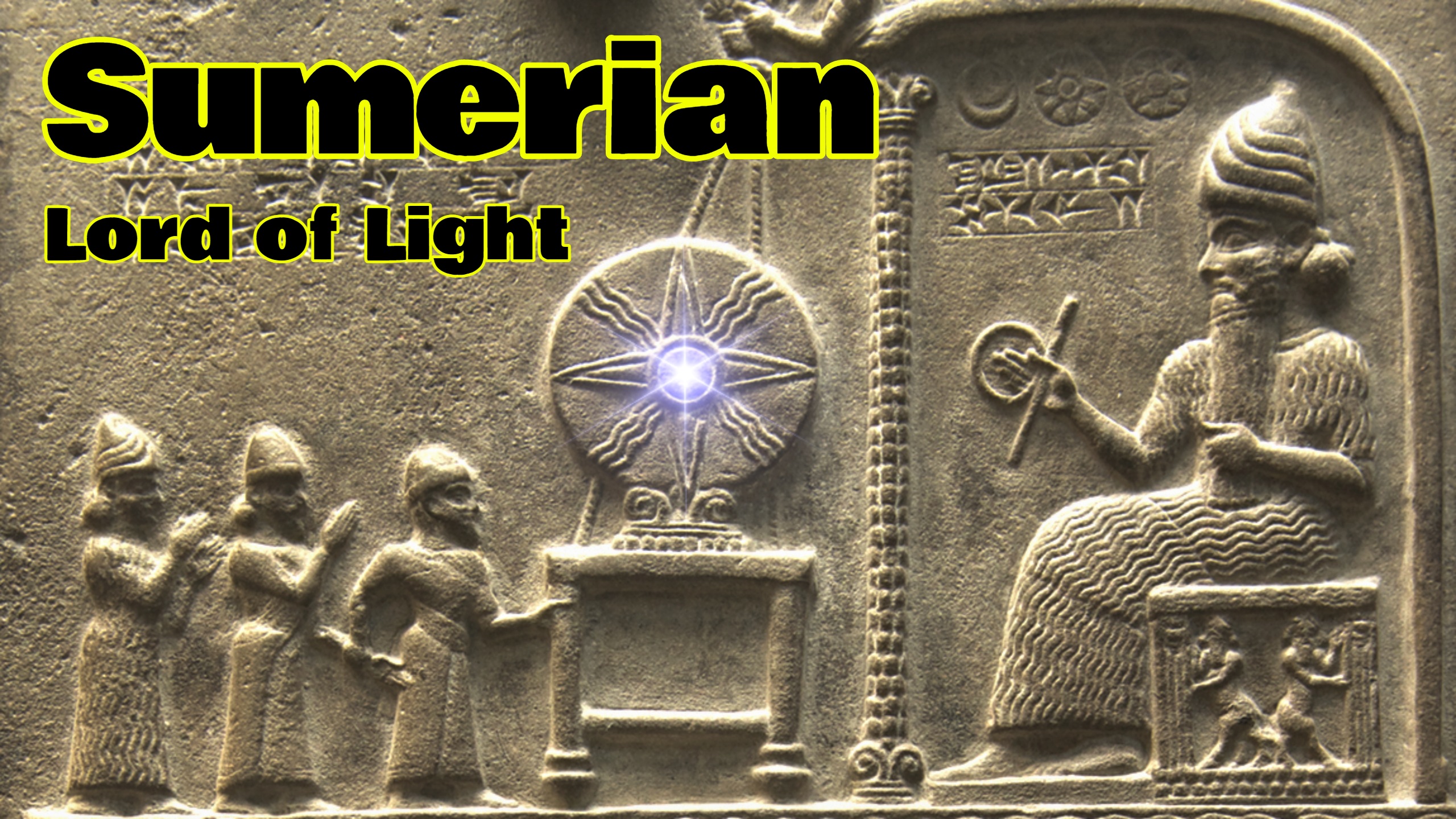 Utu/Shamash, the Great Lord of Light.

Shamash god of the sun was one of the most popular deities of the Babylonian and Assyrian pantheon. First mentioned in the reign of E-Anna-Tum, or about 4200 b.c. Shamash is called the son of Sin, the moon-god, which perhaps has reference to the fact that the solar calendar succeeded the lunar in Babylonia the same can be found in practically all civilisations of advancement.

The inscriptions give due prominence to his status as a great lord of light, and in them he is called the ‘illuminator of the regions,’ ‘lord of living creatures,’ ‘gracious one of the lands,’ and so forth.

Attributed to him : The knowledge of justice and injustice and the virtue of righteousness.

Regarded as a judge between good and evil, for as the light of the sun penetrates everywhere, and nothing can be hidden from its beams, it is not strange that it should stand as the symbol for justice.

Shamash appears at the head of the inscription which bears the laws of Hammurabi, and here he stands as the symbol for justice. A god principally worshiped in Sippar and Larsa. The sanctuary of Shamsh was E-Babbara, or the ‘shining house.’ -Larsa was probably the older of the two centres. From the times of Sargon, Sippar became the more important, and in the days of Hammurabi ranked immediately after Babylon.

According to Sumerian mythology, Shamash helped protect Dumuzid. The galla demons tried to drag him to the Underworld and he appeared to the hero Ziusudra after the Great Flood. In the Epic of Gilgamesh, Shamash helps Gilgamesh defeat the ogre Humbaba. As such, Utu was later worshiped in ancient Mesopotamia by East Semitic peoples as Shamash around 3,000 BC.

One Reply to “Shamash/Utu: the Great Lord of the Shining House”