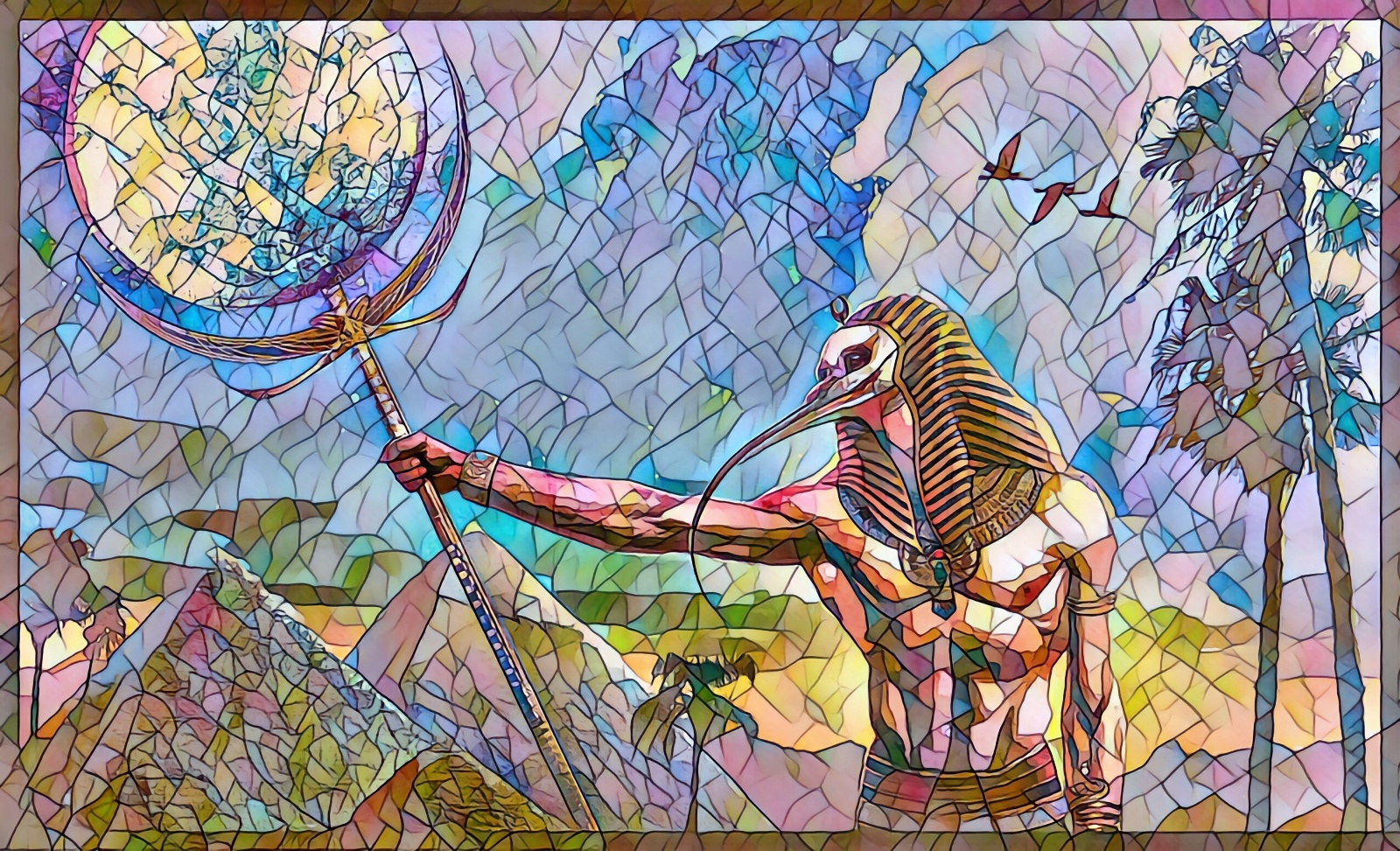 Ch. cliii; However, of the Ritual, there was a mysterious Net which, as Wallis E Budge states; “was deemed to exist in the Underworld and that the deceased regarded it with horror and detestation. Heliopolis

Every part of it—its poles, ropes, weights, small cords, and hooks—had names. Which he was obliged to learn if he wished to escape from it; to make use of it to catch food for himself. Rather than of being caught by ‘those who laid snares.'”

Interpreting from the mystical standpoint; the doctrine of Rebirth, or the rising again. Meaning the spiritual resurrection of those who had died into the darkness of their lower natures and had become alive to the light of the spiritual life. This too while alive in the body and not after the ending of this physical frame.

The Net was the symbol of a specific condition of the inner nature that shut in the man into the limitations of the world’s conventional life. The effect shut him off from the memory of his true self. The poles, ropes, weights, small cords, and hooks were symbols of the anatomy and physiology, so to say, of the invisible “body” or “carapace” or “egg” or “envelope” of the soul.

The normal man has meshed in this engine of Fate; the man who received the Mind inverted this Net, so to speak, transmuted and transformed it so that he could catch food for himself. “Come ye after me, and I will make you fishers of men.” Men supply the food with which the “Christ” nourishes his “body”.

One Reply to “Temple of Thoth – House of the Net – Egypt”