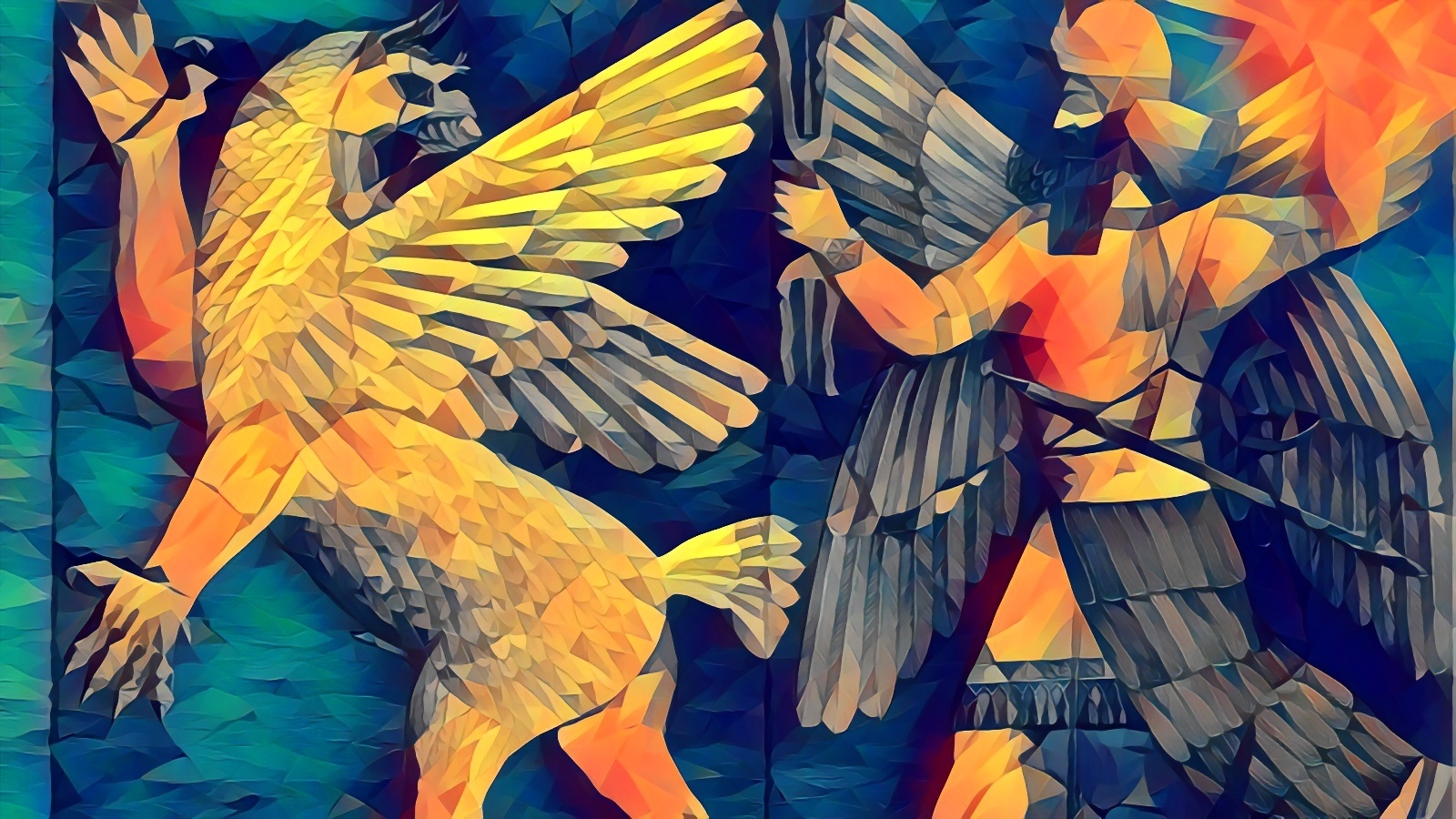 The Mysterious Flood-Storm-Spirit-Weapon of Ninurta. The Ultimate Weapon of the Anunnaki.

The ancient Sumerian Sar-Uralso known as Shar-ur is the Flood-Storm weapon of Ningirsu/Ninurta ”, and was described as the ultimate weapon, it also had flying capabilities. I take a look at what it really is in this Anunnaki documentary.

‘Non-resisting-this-storm, a falcon against the foreign lands whose wing bears the deluge of battle’ In his heart he beamed at his lion-headed weapon, as it flew up like a bird, trampling the mountains for him. It raised itself on its wings to take away prisoners the disobedient, and it spun around the horizon of heaven to find out what was happening.

The Sharur, the heavenly mitum mace finished in gold and lapis lazuli. The exceedingly magnificent fifty-headed battle-mace who has no equal.

The Sharur, the hero who comes down from the great mountains and he that which brings forth light like the day. The perfect weapon which consumes the rebellious Land like fire. Obliterator-of-the-mountains, the maintainer of the people in heaven and earth. The tireless one who never sleeps. Non-resisting-this-storm, a falcon against the foreign lands whose wing bears the deluge of battle. The right arm of Lagash whose awesome radiance covers the Land.” As he went, the gall followed, anger filled his heart, and he rose like a river in spate and engulfed all the enemies. In his heart, he beamed at his lion-headed weapon, as it flew up like a bird, trampling the mountains for him.

There is further information found within Ninurta’s exploits: a šir-sud to Ninurta: c.1.6.2.

“The weapon which loved the lord, obedient to its master, the Šar-ur for Lord Ninurta to his father in Nibru. The awesome splendour enveloped Ninurta like a garment, bound him: therefore to the lord The weapon also spoke to Enlil. The weapon, its heart was reassured: it slapped its thighs, the Šar-ur began to run, it entered the rebel lands, joyfully it reported the message to Lord Ninurta: The lord the wind. ”

The temple hymns: c.4.80.1 O E-ninnu (House of 50), right hand of Lagaš, foremost in Sumer, the Anzud bird which gazes upon the mountain, the šar-ur weapon of “” Ninĝirsu, ” Ninurta in all lands, the strength of battle, a terrifying storm which envelops men, giving the strength of battle to the Anuna, the Anunnaki.

The weapon Sar-ur did have a celestial counterpart in terms of the stinger of the Scorpion constellation, the twin stars Sar-ur and Sar-gaz being associated with the war god Ningirsu, obviously in the sense of the sudden death-dealing strike, The mythical weapon could be described as a mace with seven or fifty heads, in this documentary of Ningirsu/Ninurta he is seen holding the seven ‘headed’ version.

It is written that when Sarur and Sargaz of the sting of Scorpio are bright, the weapons of Akkad will come. This may be Nibiru, the 2nd Sun;

0 Replies to “Ninurta and the Ultimate Weapon of the Anunnaki”